Kate Wagner is the owner and creator of McMansion Hell, a parody website dedicated to shaming the visually poor architecture (and interior design) of McMansions. Her website takes photos of McMansions from Zillow.com and makes fun of them by putting snarky and sarcastic comments.

The website is open to the public and people are invited to join in making fun of the architecture and interior designs of these homes. 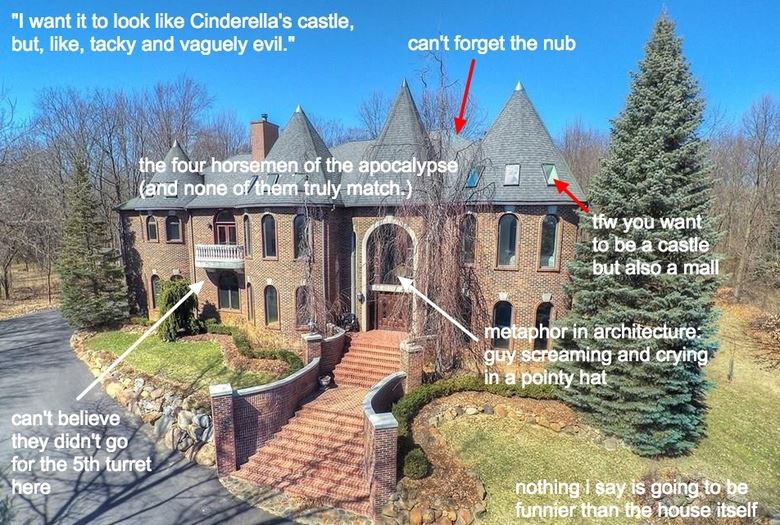 What is a McMansion?

The general definition of a McMansion is a large, expensive, and modern house that lacks in architectural integrity. It is a pejorative term used by residents of a neighborhood where McMansions have sprung up. Most residents feel that they lower property values as they tend to stick out like a sore thumb.

In late June of 2017, Zillow found out about Kates website and sent her a strongly worded cease-and-desist letter.  Zillow claims that Kate did not make “fair use” of the photos that she marks up and humiliates. They also claimed that she may have violated the “Computer Fraud and Abuse Act” (CFAA).

After receiving the cease-and-desist, Kate shuttered her website and sought help from Daniel Nazer from the Electronic Frontier Foundation. The Eff is a non-profit digital rights group of attorneys and other professionals based in San Francisco. They work to defend the right to free speech on the internet.

Nazer argued that Zillows demand letter was “dubious”, at best. He states that Zillow does not own the images that Kate is using, and as such they cannot copyright the photos. He goes on to say that even if Zillow could assert copyright, McMansion Hell’s usage (and marking up) of the photos “for the purpose of criticism and commentary” constitutes fair use.

Zillow then took its case to the media where it made the claim that Kate broke the terms of usage of Zillow, which they say prohibits the reproduction or modification of pictures on their site.

When the details of Zillows cease-and-desist became known to the public, a huge backlash of negative publicity ensued.  People started claiming that Zillow was trying to censor Kates website and shut it down.

After a few weeks Zillow backed down from their cease-and-desist and released a public statement: “We have decided not to pursue any legal action against Kate Wagner and McMansion Hell”. “It was never our intent for McMansion Hell to shut down, or for this to appear as an attack on Kate’s freedom of expression. We acted out of an abundance of caution to protect our partners – the agents and brokers who entrust us to display photos of their clients’ homes.”

Kate has since re-opened McMansion Hell and is vindicated, however she is still waiting for Zillow to send her an apology for “threatening to ruin my life” in a recent tweet she sent out.